After 2 years of R&D a compact solution has finally been found for an efficient HF wide band antenna. The antenna is a single ended helical wound 1 mtr diameter loop matched with very low loss combination (typically 1.2db) of Ni/Zn cores which eliminates the tuner requirement. Three sets of custom made core combinations have also been developed for different power levels and matching impedance frequencies. NO TUNER IS USED OR REQUIRED ON THIS DESIGN. 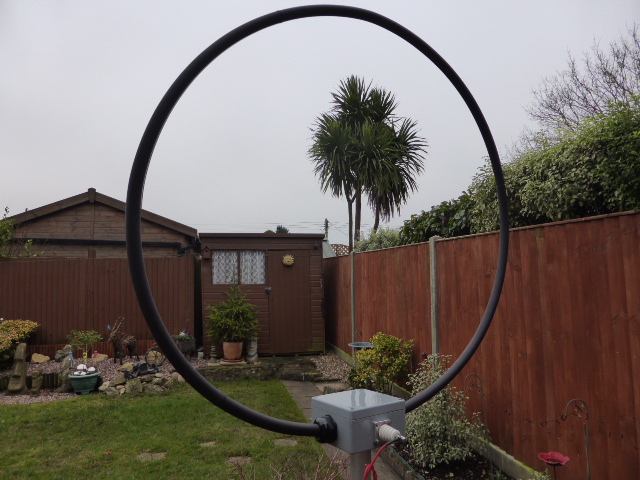 The unit is small and compact and takes only a few minutes to set up, no masts are required for installation.

Single, multiple or sectional frequencies can be produced during manufacture.

3 months of an independent overseas commercial dealer running tests and trials have been carried out using ALE equipped hf radios over 5 to 2000 kms with 100% guaranteed success rate which is ideal for commercial users requiring in country HF Communications on several frequencies during daytime and night time operations. A 5 page report has been independently written by a certified RF engineer. A Commercial Communications Manufacturer is now going to take over production later this year as costs/shipping are too high to produce in the UK.